On October 3rd, 2018, Dai-ichi Life Vietnam obtained the approval from the Ministry of Finance for the eighth increase of capital up to nearly 7,700 billion dong. With this capital increase, Dai-ichi Life Vietnam becomes one of the top life insurance companies in terms of capitalization in Vietnam market, demonstrating the company’s solid financial strength and its commitment to being a “Lifetime partner” of Vietnamese customers.

On January 17th, 2018, at the Reunification Hall of Ho Chi Minh City, Dai-ichi Life Insurance Company of Vietnam (Dai-ichi Life Vietnam) solemnly organized the Awarding Ceremony of the Third Class Labour Medal, granted by the President of the Socialist Republic of Vietnam, for its excellent achievement to the economic development of Vietnam as well as its significant community contribution, especially in the CSR campaign to support poor patients during the past years.

Beside business endeavors, Dai-ichi Life Vietnam has so far pioneered and initiated various impactful philanthropy and community projects with the contribution of more than 27 billion dong. Dai-ichi Life Vietnam was honorably granted the “Corporate Social Responsibility Award” by Asia Insurance Review for two times, the first time in the year of 2013 with the project “For A Better Life” – providing clean drinking water for more than 24,000 pupils in the rural provinces of Vietnam, and the second time in November 2015 with the project “Million bricks for a happy life” - building 10 bridges in the rural areas of Vietnam.

On June 2nd, 2017 in Bangkok, Thailand, Dai-ichi Life Vietnam was honored to be the only life insurer in Vietnam winning the “Asia Responsible Entrepreneurship Awards” 2017, organised regionally by Enterprise Asia. This noble accolade highlights the company’s outstanding social responsibilities through its various community activities, together with its establishment of “For A Better Life” CSR Foundation in August 2016 to continue the mission of improving the living standard for the Vietnamese people.

On March 22nd, 2017, following the survey conducted by Anphabe career network and Nielsen global marketing research firm, Dai-ichi Life Vietnam was proud to be ranked 4th “Vietnam Best Places To Work” 2016 award in both life and non-life insurance sector, and ranked 36th among Top 100 “Vietnam Best Places To Work” across industries, affirming the company’s success in recruiting, training and developing high-quality man power in order to build a solid foundation for sustainable growth in Vietnam.

Besides, Dai-ichi Life Vietnam honourably received the prize “Top 100 Golden Star Brand 2015”, “Trusted Brand” for 2013, 2014, 2015 and 2016, “Top 50 famous Brands 2014”, “Typical Commercial & Service Business” in 2010, 2013, 2016, "Best Life Insurance Company" at the Golden Dragon Award for 9 consecutive years 2008-2016. These national prestigious awards have demonstrated exceptional achievements of Dai-ichi Life Vietnam in the market, as well as its realistic contributions to the economic growth of Vietnam. 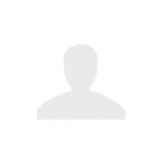